The thing about printing your photos, is how it changes your perception of your own work, it changes your belief in the work itself. Knowing it’ll be seen by others, is breaking a barrier. Its willful exposure of ones self, in the hopes that I connect with an audience at my own level. Its nerve-wracking.

“..next time, stick around, don’t be afraid to engage with him, in a general way, and if he asks (why are you taking so many pictures), you can tell him its a study of life on the street, and that he happens to be a perfect fit, for part of it.
This way you can build a relationship with him, and trust, and you will get astonishing images worthy of note, as long as you maintain a core vision of how the symmetry of the elements work together in the frame, then your images will fucking explode.” 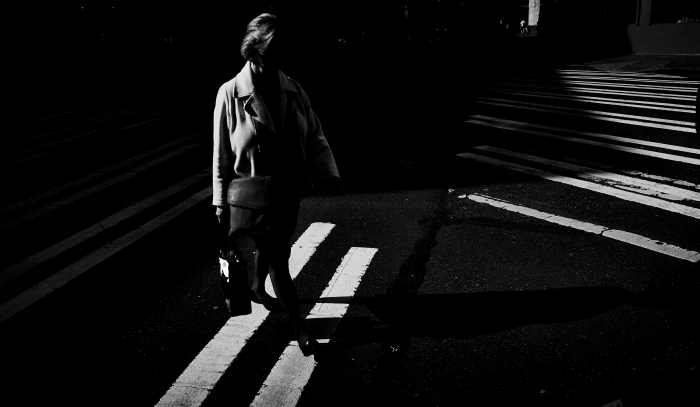 Sometimes I just dont have other places to put my work, but the work continues regardless. 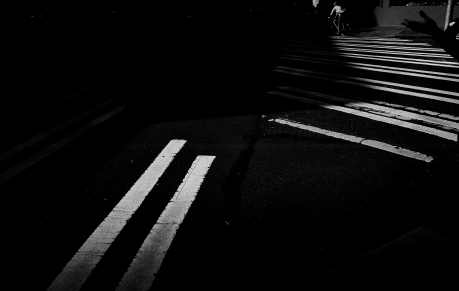 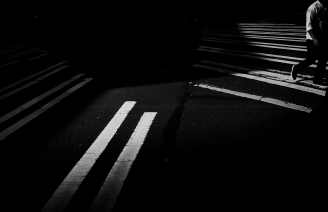 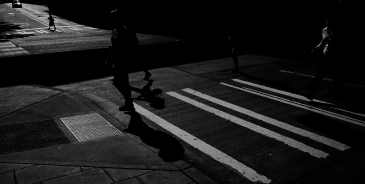 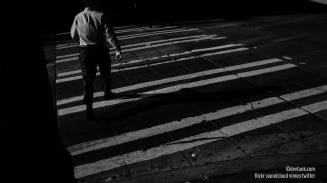 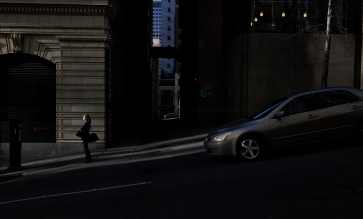 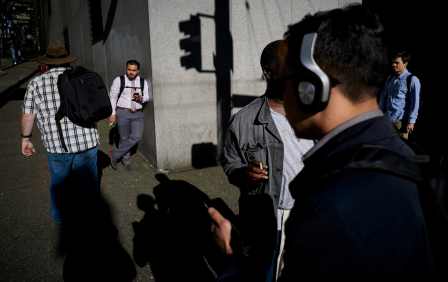 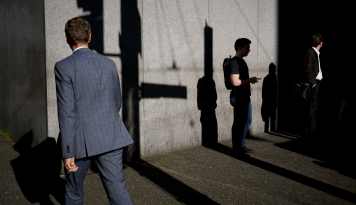 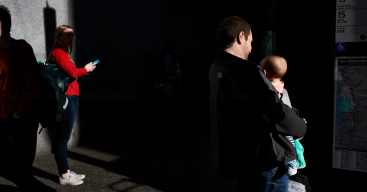 Man, in the city.

Just before the Spring. 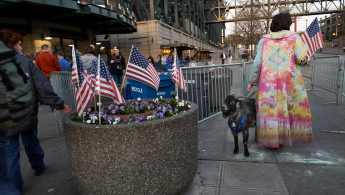 A man in a tree is throwing apples at police. 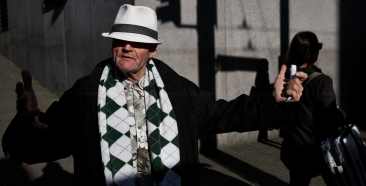 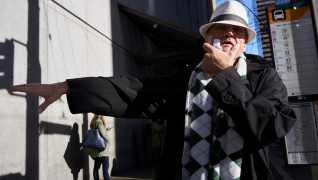 Imagine yourself as a cinematographer, tasked with the job of making iconic scenes with your camera.
The producer is watching you closely, because you are the one who realizes the dream. You are under pressure to make the world wow to your brilliance.

You have to be conscious in the moment, conscious behind the camera, aware and awake to make opportunities for yourself and exploit them further.
Take your time, instead of making one image make 5 or 7. Move around, look at the place you are in, think dimensionally.
Watch the elements as they move, snap the moments as they occur, add your own control factors, manage the scene without interfering in it.

Know your lens, and know what the image will look like  you’ve taken it.

Be conscious in the viewfinder, even if it isn’t at your eye.

Shoot to complement the thoughts in your mind, not the other way around.

I’ve lived in Seattle since November 25th 2004, and in that time I have seen some slow changes, lost touch with a lot of people who moved on, disappeared left town etc. It’s really not until 2013 that the physical changes happened in the city that I could start to think I was living in a dynamic place.

I came to the US with an expectations of grandeur.

I was really surprised when I got to New York, Boston, Chicago, Detroit and DC and was hit in the face with the fact that these were aging cities, and the sense that the people living there, really didn’t have much actual control or say over anything that went on, because democracy got in the way. Id assumed the US was bright shiny and new.
As a European, I had always grown up with places that were maintained and there was a real sense of local pride and everyone was involved in it.

Over the years and traveling around, I’ve seen enough of it to tell me that this country is definitely a continent in decline. A place strangled by conservative values, and disregard for everything except money.

The US is definitely not a place I want to grow old in, and yet, I don’t know where else there is now that hasn’t adopted the same capitalistic values, and with that the utterly destructive nature of that which is held in high regard: individualism.

In sorry to say that it’s only now, 25 years into my career, that I am becoming aware of Ernst Haas. The publicly available repertoire of the man’s photography is immense. His philosophies of remaining independent and never adhering to a dedicated style are self evident.

A quote from the Ernst Haas Estate website affirms to me, now 25 years on, that my personal belief and instinct were correct all along;

“Still, I don’t want to declare there are no highways of fruitful directions. In learning there are. Follow them, use them and forget them. Don’t park. Highways will get you there, but I tell you, don’t ever try to arrive. Arrival is the death of inspiration. Beware of direct inspiration. It leads too quickly to repititions of what inspired you. Beware of too much taste as it leads to sterility. Refine your senses through the great masters of music, painting, and poetry. In short, try indirect inspirations, and everything will come by itself.”

Be aware of forward inspiration, but reverse-engineer everything, think backwards and look for the defining characteristics and recurring foundations in everything. Everything else is just dressing.

“…the act of thinking thoroughly through a scene and preempting a moment to capture it, comes with experience. The experience shows when is the right moment to take the shot. Because the shot is a legacy of that decision…”